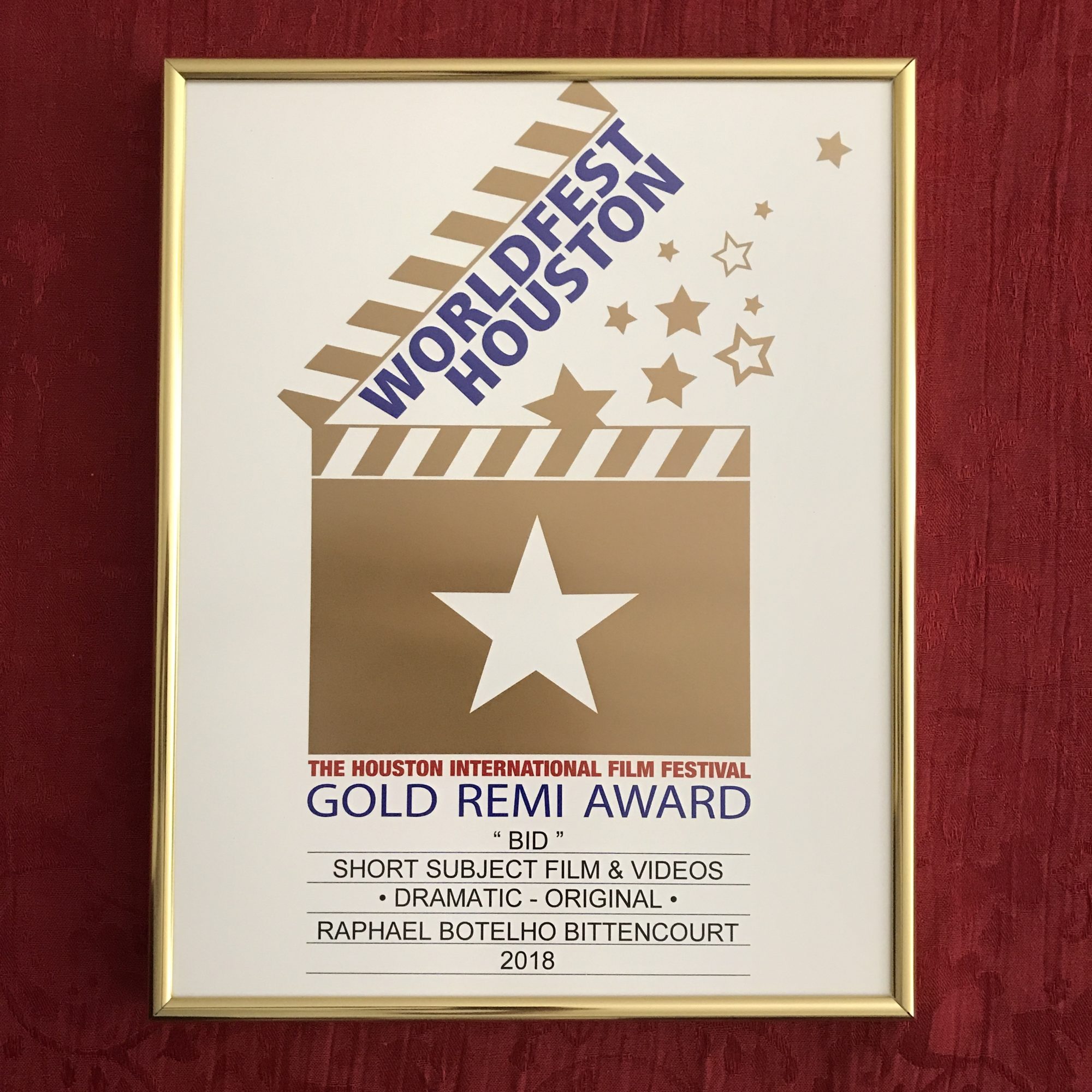 Our Gold Remi Award from the Worldfest Houston for our film BID has just arrived!

Congrats again my dear team and awesome talents for the Gold Remi Award! Film festival awards does not guarantee comercial success to a film. On the other hand, they do wonders in keeping the team morals and independent spirit up and willing to produce more and more.

BID, which is a proof of case for a feature, has already collected 8 awards, many nominations, has been selected for 18 festivals around the world. Bear in mind that it’s still counting since it’s festival run is far from over yet.

Even more relevant to everyone, specially me, as the writer-director-producer, is the fact that we did an awarded international production (developed in the US, shot in Brazil, finished in the US) with U$8K only. That included flying part of the crew and cast to Brazil. A great balance between a huge passion/dedication/talent and a super micro budget.

The next step is finding the investors for the feature, which is the aftermath of the story in the short. The story, a family dram that turns into a crime thriller, takes place in three countries, US, Argentina and Brazil. With an estimated budget of U$2,5MM, that can be reduced to less than U$1MM if necessary, the project is a micro budget gem.

Anyone out there willing to give it a try? We’re flexible, open to discussion and have other feature and series project in the oven!